While they share a similar name, Azure AD is not a cloud version of Windows Server Active Directory. It’s also not intended as a complete replacement for an on-premises Active Directory. Instead, if you are already using a Windows AD server, you can connect it to Azure AD to extend your directory into Azure. This approach allows users to use the same credentials to access local and cloud-based resources.

Azure AD can also be used independently of Windows AD. Smaller companies can use Azure AD as their only directory service, using it to control access to their applications and SaaS products such as Office 365, Salesforce, and Dropbox.

Microsoft offers several cloud-based offerings today – all of which can use Azure AD to identify users and control access.

Users and groups can be added to multiple subscriptions – this allows the user to create, control, and access resources in the subscription. When you add a user to a subscription, the user must be known to the associated directory as shown in the following image. 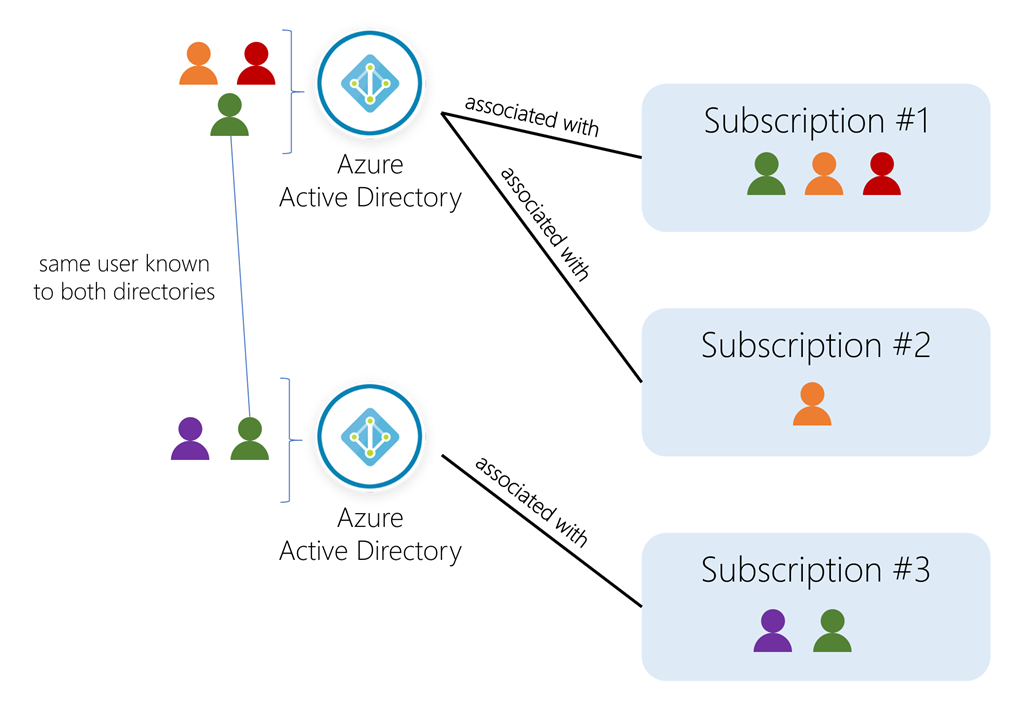 If you belong to multiple directories, you can switch the current directory you are working in through the Directory + subscription button in the Azure portal header.

An organization (tenant) always has one default Azure AD directory it’s associated with, however owners can create additional directories to support development or testing purposes, or because they want to have separate directories to synchronize with their local Windows Server AD forests.

Once the directory is created, you can navigate to the dashboard that lets you control all aspects of the directory.

Let’s explore one of the primary elements you’ll work with in Azure AD: users.