In this tutorial, you configure an existing ASP.NET web app to retrieve sensitive information, such as connection strings, from your Azure key vault. By using Azure Key Vault, you help protect security information that could otherwise be used by a malicious application to attack your system.

The scenario in this module involves an existing .NET Framework web app that runs on-premises. You start by migrating this application to a web app that’s built by using Azure App Service. Next, you store the secrets that are required by this application to connect to resources such as a database in your key vault. Finally, you configure the application by using a ConfigurationBuilder object that retrieves information from the key vault.

Configuring the app is central to building it in a way that allows its dependencies to vary, based on the environment in which it’s deployed. In .NET Framework apps, the most common mechanism to customize app configuration is through the ConfigurationManager type. You can use a configuration manager to read settings that are often stored in the app.config file for desktop apps, or in the web.config file for ASP.NET web apps. 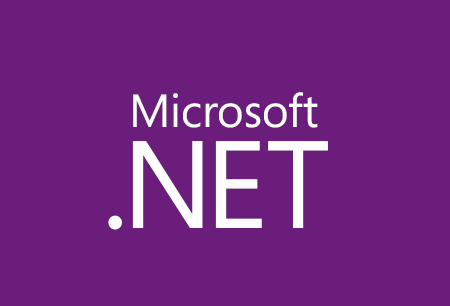 One of the challenges with storing configuration settings in this manner is that values to be kept secret often end up being stored as plain text somewhere. This practice creates a security vulnerability. You use the ConfigurationBuilder class to remove this vulnerability.

What is the ConfigurationBuilder class?

Additionally, the config file that’s used by ConfigurationManager is typically held as plain text, although some encryption options are available. Encryption can be cumbersome, and it still requires an encryption key to be stored somewhere. Hard-coding the encryption key in app code isn’t a secure solution, even after the app is compiled. A determined attacker could disassemble your code and read the key. These issues can make using ConfigurationManager an unsuitable mechanism for storing sensitive configuration information, such as passwords and connection strings, unless a great deal of care is taken.

A ConfigurationBuilder object is designed to enable you to retrieve configuration information from a variety of sources.

You can also create your own custom ConfigurationBuilder class if you need to access configuration information that’s held in store and for which no builder is currently available.

The choice as to which configuration builder to use depends on the scenarios and the requirements of an individual app.

An app reads information from a configuration builder object in exactly the same way as it would have previously, by using a ConfigurationManager object. You can continue to use the ConfigurationManager.AppSettings[“settingName”] idiom, and you don’t need to change your app code.

The following example adds the builders for using environment variables and user secrets. The userSecretsId parameter indicates the identity of the user secret that contains the data. At runtime, the builder looks in the secrets.xml file, which is stored in a protected location (%APPDATA%\Microsoft\UserSecrets<userSecretsId>\secrets.xml in Windows), for the value to use:

In this example, when an app retrieves the value of the MySecretData key or the MyEnvironmentData key, the configuration entry is composed of values from the specified sources. The values are listed in the order in which they are stated. Here, entries from Environment are added first, followed by those from Secrets. This means that the last source that has a specified value is surfaced to the user. You can change the search order by switching the sequence in the configBuilders attribute.

Configuration is central to building an app in a way that allows its dependencies to vary, based on the environment in which it’s deployed.

When you’re working in your own subscription, it’s a good idea at the end of a project to identify whether you still need the resources you created. Resources left running can cost you money. You can delete resources individually or delete the resource group to delete the entire set of resources.