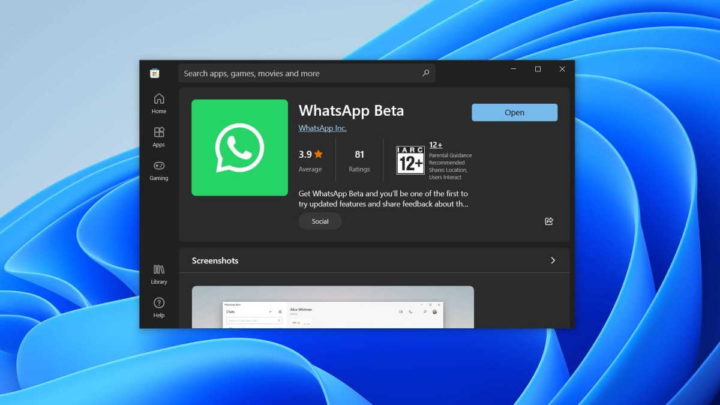 Even with WhatsApp’s great focus on mobile apps, this service hasn’t left the remaining versions behind. This can give users access to this service in totally different scenarios and also necessary.

In the spirit of renewal that has been being adopted, WhatsApp is now preparing a new one. It’s changing the image of its version dedicated to Windows 11 and bringing the interface closer to the new philosophy of this operating system.

WhatsApp renovation has been underway on mobile devices. This service depends a lot on these apps and that’s why it’s the priority and that it all starts, for corrections, improvements and even news.
This time it doesn’t happen and the news is present in the desktop version, especially the one in Windows 11. This version will receive a new interface change to be tuned to what this operating system is now practicing for your apps.

What is revealed, the adoption of Fluent Design has begun and could soon be seen on this interface. It won’t be a complete change, but it will happen in parts of the WhatsApp interface. For that it started using WinUI 2.6+ in its controls.
Thus, and for those who accept this change, you will immediately see clear changes in the buttons and other controls. These now come with a more modern and closer image than we can find on Windows 11.

All these changes can be seen already in the beta version of WhatsApp, although it is a work which is ongoing and not finished. Soon, this new app look for Windows 11 should be even more disseminated. Anyone who wants to test this novelty can install the current test version.

This is an important and very interesting change to this version. With this new, more modern image, WhatsApp becomes closer than Microsoft has in Windows 11 and will be broadened and adjusted to what we find in this system.